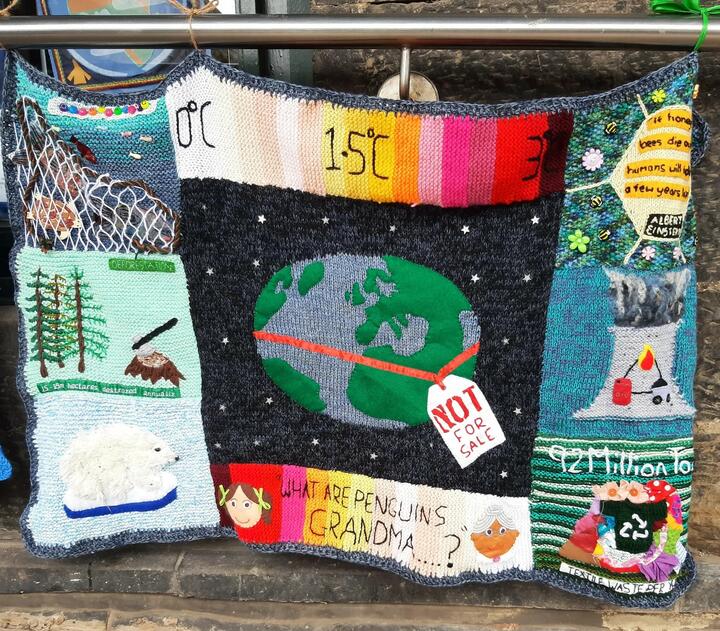 “We do not own the World and its riches are not ours to dispose of at will” (Advices & Queries 42).

Quakers believe that we should look after the world. That we should avoid harming the environment and exploiting or overusing the resources that we are lucky enough to have control over. COP26 provides an opportunity for countries to try to tackle some of the harm that people have caused to the environment.

With forest fires, droughts and floods around the world growing in frequency and strength, we find ourselves increasingly surrounded by examples of climate breakdown. People who have benefited the least from the fossil-fuel era are now suffering the most from the impacts of climate breakdown. These are also the same groups of people that have been marginalised throughout history by economic exploitation and racism

We can all make a contribution but without government intervention it will never be enough. While we welcome progress that has been made, including the Climate Change Act 2019, the picture remains challenging, particularly over the next decade.

What do the Quakers want?

Quakers want to focus on justice. They have long understood that this violence against people and planet is driven by an exploitative economic system that puts profit above all else.

We are calling for a fair share of emissions reductions from wealthy, industrialised countries. In particular, we want to see far greater support for communities hit by climate disasters and for a just transition to a fossil-free future for all. Consequently, Quakers in Scotland are calling for:

The urgent need to transition to zero carbon presents an opportunity to build a fairer, healthier, more equal society in which everyone can flourish. But this will only happen if policies are designed to achieve it.