Creating a just Scotland - Transforming our land and taxation policies 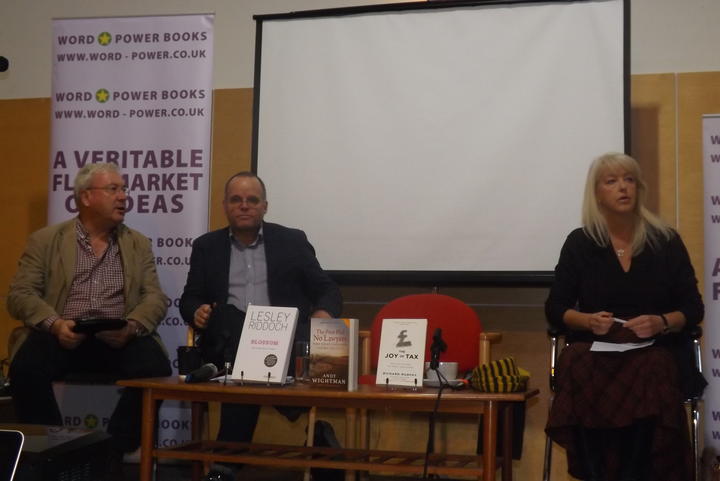 Scottish Quakers, through the Parliamentary Liaison Group, held a symposium on Saturday 29 October on the subject of tax and land reform. Over 180 people turned out to hear about and discuss ways we can create a fairer Scotland. Such was the crowd that the symposium had to be relayed to the adjoining book fair so that everyone who wanted could hear the proceedings. Three excellent speakers – Leslie Riddoch, journalist and broadcaster, Richard Murphy, tax campaigner and Quaker, and Andy Wightman, a writer on
land reform and Green MSP – came from different perspectives to give compelling arguments about how we can reach a fairer society.

Leslie Riddoch focussed on how we can learn from Nordic countries, where tax is more connected to community. Government collects tax from corporations and VAT, but income tax is raised and spent locally which means citizens have greater trust in the system and that it is serving their interest 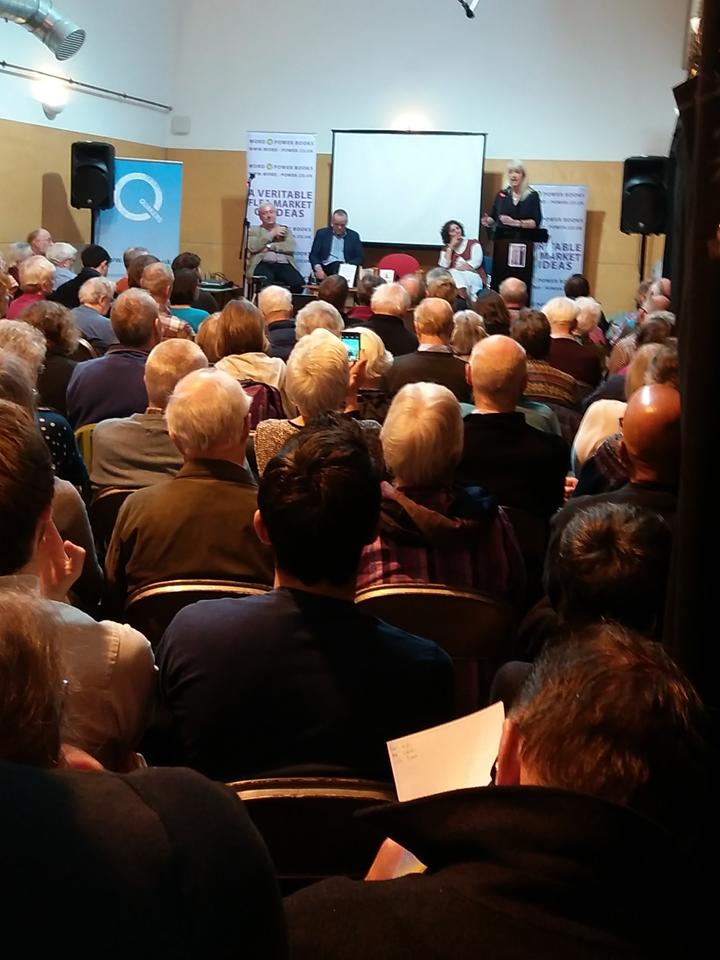 s. This results in greater social cohesion and lower tolerance of tax avoidance. Provision of services is a public responsibility, care homes and child care provision are well resourced and energy provision is by local companies. Scotland could learn from these models to connect and involve citizens in tax raising and trust local decision-making.

Richard Murphy extolled the virtues of tax and that there is a need to change the narrative in Britain where tax is often considered something to be avoided and many are involved in finding ways to minimize their liability. To him it is a privilege to pay tax and we should all be emphasising the ways taxes enhance society and advocating this as widely as we can in discussions and on radio phone-ins. He talked about his campaign against tax cheats and promoting the Fair Tax Mark as a way to encourage companies to stop tax avoidance.

Andy Wightman pointed out that the advantage of land is that it does not move and cannot be hidden in tax havens. The law relating to land ownership was established by landowners themselves in their interests but how land is owned, used and governed is vital to the prosperity of everyone in the country. It is a finite resource and should be used in the public interest. Some of the reforms he advocated were about stopping the hoarding of land by large companies, taxing the rise in land value which comes with planning permission, taxing empty industrial properties and taxing landowners for the use of land and infrastructure which they enjoy at public expense.

Questions, moderated by chair Sally Foster-Fulton, followed and the large audience remained engaged and attentive throughout this two-hour event. We were left with some ideas and questions about what we can do as individuals and how Quakers can engage. As the SNP does not have an overall majority in Scotland, engaging with all political parties can mean that issues get taken up through building coalition. Is Scotland a small enough nation for radical tax and land reforms to happen? Could Scotland be a test bed for such reforms for the whole of the UK?

In conclusion, the speakers gave the following suggestions for action:

A full report is available in the South East Scotland Area Meeting newsletter Sesame 206, page 22. Courtesy of the Ragged University, there is an audio recording of the event.