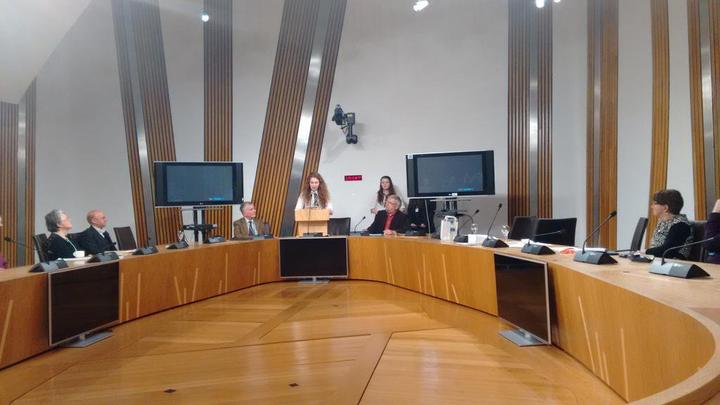 This event, organised by Mairi Campbell- Jack the Scottish Quaker Parliamentary Engagement Officer on behalf of Quakers in Scotland, was hosted by Patrick Harvie MSP. In his opening welcome he reflected upon the fact that conscription still exists in places round the world.

Trevor Royle author and historian, began the speeches with an historical view of events leading to the Military Service Act which included 4 exemptions: ill-health, vital occupations, domestic hardship and finally those opposed to war on the grounds of conscience. This was a remarkable and important principle but the terms of the clause were never defined and so it was left to Tribunals with no guidance to decide this for themselves. Often this came down to asking questions such as “what would you do if a German attacked your mother?” He cited an example from one tribunal where the young man before them was asked his age. 18 he replied, only to be told that at 18 he wasn’t old enough to have a conscience. COs had to be tough in mind and body and Trevor concluded with the view that “If you are looking for heroes of the First World War, you need look no further than the 16-17,000 who were conscientious objectors”. 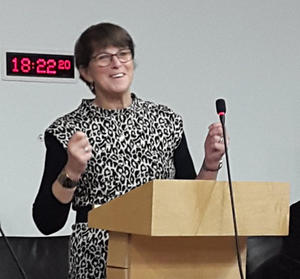 Lesley Orr, author, feminist theologian and development officer for the Fellowship of Reconciliation, spoke of the challenge to war coming from within the labour and socialist movement at the centre of which was the Independent Labour Party. They saw war as serving capitalist interests and firmly against the interests of an international brotherhood of workers. Although the ILP was at the centre, the anti-war movement was made up of a network of other groups including Quakers. Lesley reminded us of the importance of women in opposition to the war – something often ignored in reports at the time. Some suffragettes were vocal in their opposition to war, seeing themselves and their families drawn into a conflict in which they had no electoral say. The militant suffragette Helen Crawford along with Agnes Dollan set up the Women’s Peace Crusade. The creation of the highly successful No Conscription Fellowship run by Fenner Brockway was in fact the idea of his wife Lilla. COs believed that Tribunals would provide a platform for their views in what was a propaganda war but in practice they were made up of local worthies, always included a representative of the military and were often inherently prejudiced. Conscientious Objectors were “maligned and misunderstood as cowards, shirkers, deviants and in one case described as “woman’s hearts in men’s bodies”! 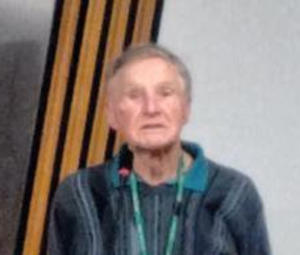 Three Quakers, David Turner, who was a CO in the 2nd World War, Joyce Taylor and Elizabeth Allen, whose grandfathers had been COs in the 1st World War, shared their personal stories of the impact this had on their families. We heard that making a stand against war came at considerable cost to the families at the time but the effect of this witness had led to all three speakers embracing Quakerism and peace activism. David reminded us that conscientious objection didn’t end with the end of conscription. His continued protest against nuclear weapons, against Trident and the increasing militarisation of civil society was, he said, “objection sustained”.

A project on conscientious objection has been part of a course for 3rd year pupils at St Thomas Aquin’s High School. Three of them, Kirstie, India and Rose came along to tell us about what they had learned. It was striking to hear their note of incredulity that people were arrested and imprisoned for their beliefs. “What good would that do?” asked one. They hoped that the story of COs can inspire people to stand up for their beliefs and be respected.

About 50 people came to the event including representatives of various peace organisations, other churches, the Scottish Commemorations Panel, MSPs and Paul Parker, Recording Clerk from Friends House. Brian Larkin from the Peace and Justice Centre ended the evening with a proposal to have a memorial to COs in Princes Street Gardens in Edinburgh so that in the landscape of other war memorials those who stood up for their convictions and freedom of conscience would also be commemorated.

If you want to know more there is a book published by Common Weal: Objectors and Resisters: Opposition to Conscription and War in Scotland 1914-18 by Robert Duncan